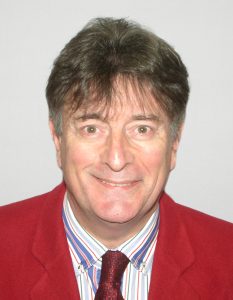 Chris McDermott the writer: Chris started Murder Mystery Players in 1996. He has won a number of prizes as playwright and director, as well as short story writer, the most prestigious being the award he received for his play ‘Drip! Drip! It Won’t Turn Off’, which was the judges’ choice as Best Script in the Dubai Short and Sweet play festival, 2022, the second largest short play festival in the world. As well as having written many scripts for his Murder Mystery Players business, Chris has written murder mystery scripts for Fred Olsen, one of the world’s leading cruise lines. Chris is currently working on a project with Mr. Motivator, the well-known television fitness instructor, which involves writing stories for primary-aged children based on moral and ethical issues.

Chris McDermott the educationalist: Chris graduated with a degree in Education from Cambridge University in 1976. He has since taught at both primary and secondary level. Chris has led schools in England and Dubai as Head Teacher and School Principal, his last four inspections receiving the top inspection judgement of Outstanding. His last inspection result in England described Chris as leading the school ‘superbly well’. Chris has successfully completed an M.Ed. at the University of Cambridge in the subject of Educational Leadership and School Improvement, graduating in 2021. Chris is currently in the process of completing his M.St. degree at the same university, where he is studying ‘Writing for Performance’. Chris lectures in Education on a part-time basis for the University of Connecticut. He has delivered professional development in different parts of the world on the subject of education. Chris has delivered a number of workshops on play-writing.

If you are interested in finding out more and seeking support, particularly on the subjects of ‘Moving a Primary School from Acceptable to Outstanding’ in two consecutive inspections and ‘Head Teacher Well-being’ please send an email to info@murdermysteryplayers.co.uk or telephone: 01923 720251, including the name of your school, contact details and the type of assistance you will require. Chris will then contact you. 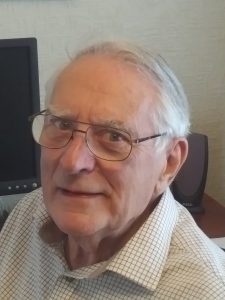 John McDermott has a won first prize in a national short-story competition for the magazine Scribble. He was born in Liverpool in 1925 and educated at the Holt High, one of the grammar schools in the city at that time. He had an eventful war during which he was evacuated for a few months to Shrewsbury before returning home. He became a scout messenger during the blitz, a member of a Home Guard anti-aircraft unit and finally, for the last couple of war years, a Coder in the Royal Navy. After working in the offices of a large chemical company he was transferred to one of their factories in Cheshire, and has lived in the county ever since. He married, had a family of six children, all now grown up and independent. His wife, Marjorie, has his undying admiration for her unstinting devotion to bringing up the family. After taking early retirement, he ran a small training business for several years before a further change when he started writing short stories for publication and later some murder mystery plays for his son Chris’s excellent playwriting business.

He says: “When I was growing up, we always had a selection of books in the house with authors such Charles Dickens and H.G.Wells. However, the two most favoured writers were Jeffrey Farnol and P.G.Wodehouse. I feel lucky to have been introduced to the Wodehouse books so early as I consider him to be the greatest comic writer in the English language. Whoever said laughter is the best medicine had the right idea and I’m sure it’s as much benefit to personal well-being as the recommended five portions of fruit and veg a day. Mind you, Wodehouse had his own unique slant on this when he remarked that an apple a day keeps the doctor away, providing it’s well aimed.”